Numbering based on row number

I have a very specific use case and maybe can help me to achieve what I want to do, if it can be done at all. Basically the question is if the row number can be addressed in a formula. But I will explain in more detail for better understanding. 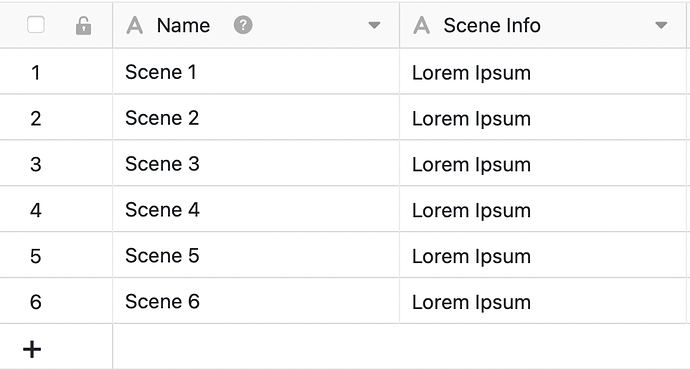 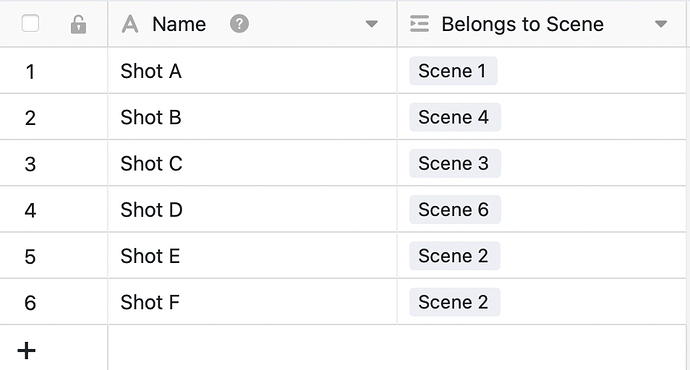 Now it would be perfect if I could use the row numbering of the ‘Scenes’ table and create automated shot numbers within the ‘Shots’ table, that automatically adapt to the hierarchy (row number) when I shift shots and scenes around. Autonumbers don’t work because the numbers are created depending on creation of the record and don’t change when re-arranged within the table (moved up or down). Also within grouped records in the Shot’s table, all the information I’d need is already there, it’s the number in the first column (row number) but I don’t know how to access it via formula without manually entering it and changing it every time I change the order of my Scenes and Shots. 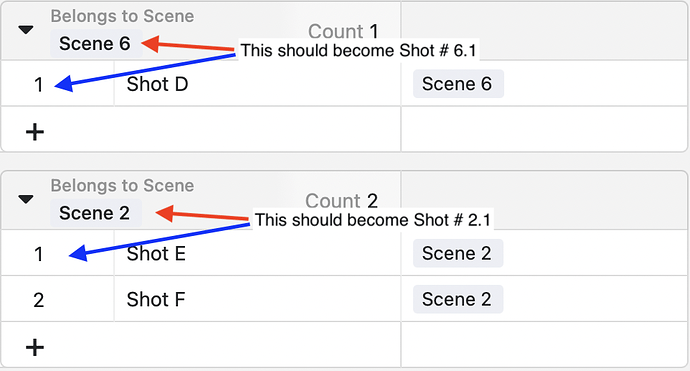 I know there are very complicated solutions to do something similar with a lot of extra cells and formulas but even then none of them works without constantly manually adapting at least on parameter when records get moved up and down. I hope it’s somewhat clear what I want to achieve!?

I’m not sure it can be done and if it can’t if it is worth considering to add this functionality as it might be a very specific use case!? It seems to be such a simple thing if I could just use the row number that is already there and updated anyways.

However, thanks it advance for any pointers in the right direction.

On a side note: I also figured out that it is currently not possible to sort by a linked field which is maybe a separate topic in ‘Feature Requests’

I don’t have a solution for your request, but just would like to point out something:
The numbering column is “row number”, not “record number”, and it’s not connected with the records, therefore also not included in the table’s metadata. That’s why the row number is independent of the records, and cannot be used in a formula or script. It’s only a part of the canvas, nothing more…

Yup, I was afraid so. I changed the topic title to row number to reflect the proper naming convention.
I guess there is no intention to make this row number part of the metadata in the future?

Regarding sorting by linked fields…is this on the roadmap?

Edit: Add-on to my last question. Will it be possible to group by more than one column?

Layered grouping (groups inside groups) will be available from SeaTable 2.0, which is planned for May 2021.